It’s Summertime: Where are the Children?

Each 1970’s and early 80’s summer in Oakland, California meant freedom. Summer meant my friends and I left our houses as early as we could, and dreaded the sight of flickering street lamps in the evening. We sometimes spent an entire day riding our bikes to the nearest convenience store 5 miles away, or roaming the neighborhood by roller skate or “tennis” shoe.

We had little knowledge or regard for the true meaning of property lines or value. Undeveloped spaces (like our infamous Dead End of the block) were claimed exclusively for our play, and divided based on gender or age. The Dead End’s low, knotted Oak trees provided the site for ongoing construction, as we used pilfered wood and nails from our garages to create hidden perches. It was our secret haven. And a house in our neighborhood was appraised by us kids on the basis of how steep of a smooth driveway it had to facilitate the fastest bike decent onto the sidewalk. And there were rumors of haunted houses we dared each other to peek into. 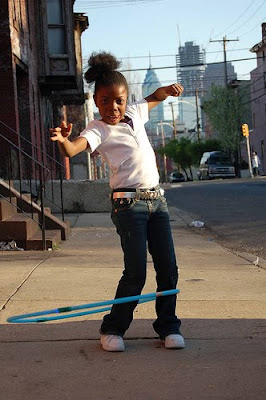 Except for the exceptionally shy of us we thought our parents were social bores, and thankfully, they omitted themselves from our play and never hauled us to distant playgrounds to make fast friendships with strange kids. We neighborhood kiddos sometimes got along famously; other times we did not. Feelings got hurt but were quickly repaired. Sometimes our fuss would come to blows, but almost as soon as the melee was over we forgot about the disagreement and became friends again, and the friendship cycle would resume the next day. The kids from my neighborhood reminisce on these memories to this day.

My family now lives in one of the safest communities in the Bay Area, but rarely are children of any age outside at play here in the summer without the watchful eyes and hovering presence of self-aware parents. They dutifully dole out a pre-set limit of Popsicles per child– so no chasing down the ice cream man for these tender tykes!

Today, allowing a child to go outside to play in front of one’s home can raise eyebrows of neighboring parents and authorities as a signal of parental neglect. But under such close supervision in the name of safety from the 6 o’clock news boogie man, our kids are more likely to play behind closed doors in front of a computer game, even on warm summer days — and they are getting chubbier for it. Even more, kids both rich and poor are increasingly enrolled in tidy, structured day activities that even if set outdoors, constantly monitor and entertain to make sure everyone plays nice, safe, and learns something about a selected theme.

While I certainly want my kids to learn cool stuff and be OK, I also want them to develop skills to cope with life when life ain’t so organized. And I am concerned about how well some kids (especially my own) will be prepared as adults to cope with life’s unplanned consequences with only conceptual tools. Will a lack of independent, self guided play affect my kid’s ability to be imaginative, resolve conflict, or take personal responsibility for herself when she grows up?

I understand that the idea of children playing independently for hours, while claiming wild or urban spaces, might be a nail-biter for some — or perceived as an excuse to lazy parent for others. But I think it is an idea worth revisiting that might revive some critical ways kids can mature and be healthy in the summer through play.

There are about three more weeks before this summer vacation is over — prime time for kids to get out and play.

Why not let them?

5 Thoughts on “It’s Summertime: Where are the Children?”